The People’s Millions launches for another year 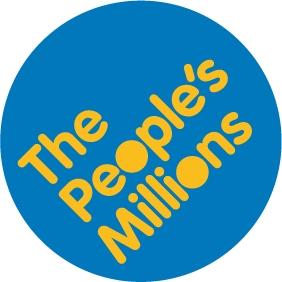 It’s back and, from today, groups across Scotland have the chance to win £50k to make a difference in their communities as The People’s Millions launches for 2013.

The Peoples Millions is an annual TV competition run by Big Lottery Fund and STV which funds community projects which will improve the lives of local people. This year there are four awards of up to £50,000 in each of the three STV and one ITV regional news programmes across Scotland.

In October this year a shortlist of the best ideas will be chosen. The groups then have just over a month to get their communities supporting their proposals as they are showcased on STV regional news. Whoever gets the most support through a telephone vote will win the funding to put their plans into action.

Big Lottery Fund Scotland Director, Jackie Killeen, said, “The People’s Millions is a fantastic way to make a difference in your area, whether it’s tackling a local problem or issue or responding to a need for a service or support. The public will vote on who gets the money so the ideas have to capture their imagination and persuade them to vote. It’s a great chance to put your community on the map and mobilize support for something that local people care about. I would encourage everyone who is passionate about where they live to think about how to spend £50,000 to visit the website and send us their ideas as soon as possible

Nick Fleming, Chief Executive, Ocean Youth Trust, said, “As a direct result of winning £50,000 in the People’s Millions competition, 86 young people were able to meet the challenge of adventure under sail. They couldn’t have done that without the Big Lottery Fund’s help. Ocean Youth Trust Scotland benefited too; being in the competition raised our profile and we
got to engage with new client groups. Our 260 volunteers and the local community really got behind us to generate those winning votes. Their hard work and phone calls were worth it so I’d recommend other groups to enter this year.”

More information along with entry forms can be found here. The deadline for applications is 12 noon on Monday 13 May 2013.